Audiences can expect a fabulous evening of entertainment; part detective story, part love letter about how history is made, part celebration of extraordinary, brilliant trail-blazing and inspirational women throughout history.  Warrior Queens & Quiet Revolutionaries: How Women (Also) Built the World will surprise, amaze, challenge and perhaps even encourage some to undertake a little family history of their own…

With storytelling, music and images, Kate will both share the story of how she tracked down her long-forgotten relative, Lily Watson (in whose literary footsteps she is walking) at the same time as celebrating hundreds of other women from history whose names deserve to be better known.  Audiences will meet the Mothers of Invention and Pirate Queens, they’ll meet the unsung heroines of medicine and those who dazzled on the screen, the stage and in the stadium, we’ll meet those who fought for what they believed and those who reached for the stars.  They’ll travel the world and through time, from Ancient Egypt to 21st century Britain, from the United States of America to South Africa, New Zealand and Australia, from Chile and Mexico to Russia and Germany, from Pakistan and Uganda, to Azerbaijan and Iceland.

Over the course of the evening, Kate will feature a joyous and diverse cast of characters, some unknown and some legendary; from the 13th century Mongolian warrior princess Khutulan to American conservationist Rachel Carson; from Tibetan Buddhist nun and freedom fighter Ani Pachen to the Greek naval commander Laskarina Bouboulina; from freedom rider Pauli Murray to Josephine Cochran, inventor of the dishwasher; from Chinese feminist poet Ding Ling to the Tasmanian leader Truganini; from the first recorded author in history Enheduanna to the pioneering 19th century female doctors known as the Edinburgh Seven, from the extraordinary First World War footballing legend Lily Parr to Canadian adventurer and performer, Aloha Wanderwell. 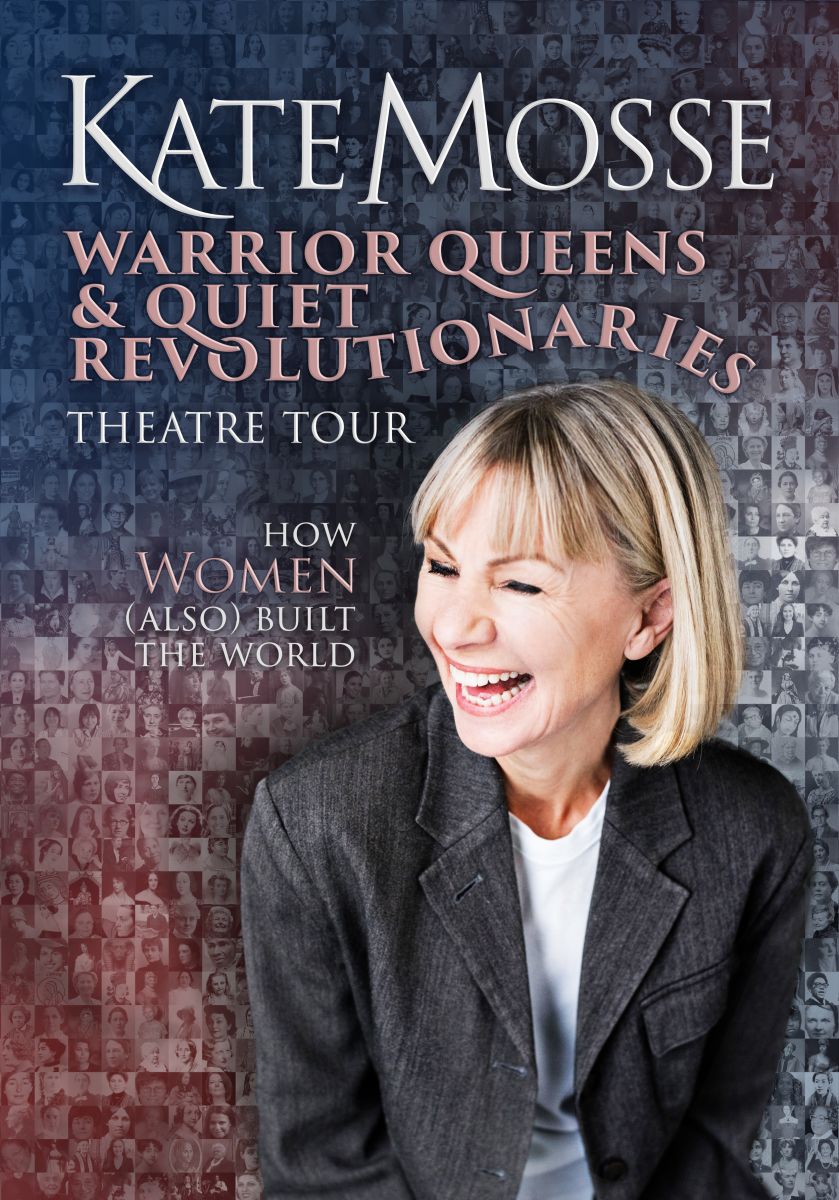