Guest of 8 Out of 10 Cats Does Countdown, Mock the Week, and The Great British Bake Off’s Extra Slice, Tom Allen is heading back on the road, warming up new material ahead of his brand new tour.

Tom Allen is a comedian, writer and actor. He started as a stand up at the age of 22 and went on to win both So You Think You’re Funny in Edinburgh and the BBC New Comedy Awards in the same year. Since then he has honed his unique style of sharp, acerbic wit and camp, riotous storytelling by performing to audiences all over the UK and around the world.

He recently made his first appearance on the BBC’s iconic Live at the Apollo.

He has also been making several appearances on 8 Out of 10 Cats Does Countdown, Mock the Week, The Great British Bake Off’s Extra Slice, Celebrity The Crystal Maze as well as the John Bishop Show and Channel 4’s Comedy Gala at the O2 along with several appearances on Just a Minute including the 50th anniversary episode alongside Prince Charles.

Last year he supported Sarah Millican on her sold out tour of Australia, New Zealand and the UK. He has also supported Josh Widdicombe, Romesh Ranganathan and Michael McIntyre.

After a sell out run of his show ‘Indeed’ at the Edinburgh Festival Tom recently brought it to the main space at London’s Soho Theatre before extending his current tour ‘Absolutely’ to even more places around the UK.

Like Minded Friends, the weekly podcast he records with friend and compadre Suzi Ruffell has now reached the hundreds of thousands in its listenership.

Tom has also performed at Montreal’s Just For Laughs as well as Sydney, Adelaide and Melbourne Comedy Festivals.

He has written articles for The Scotsman, The Independent, The Lady and The Guardian. Attitude Magazine called him a gay role model.

As a teenager he was the youngest member of the Noel Coward Society.

He responds well to deadlines and strong women. 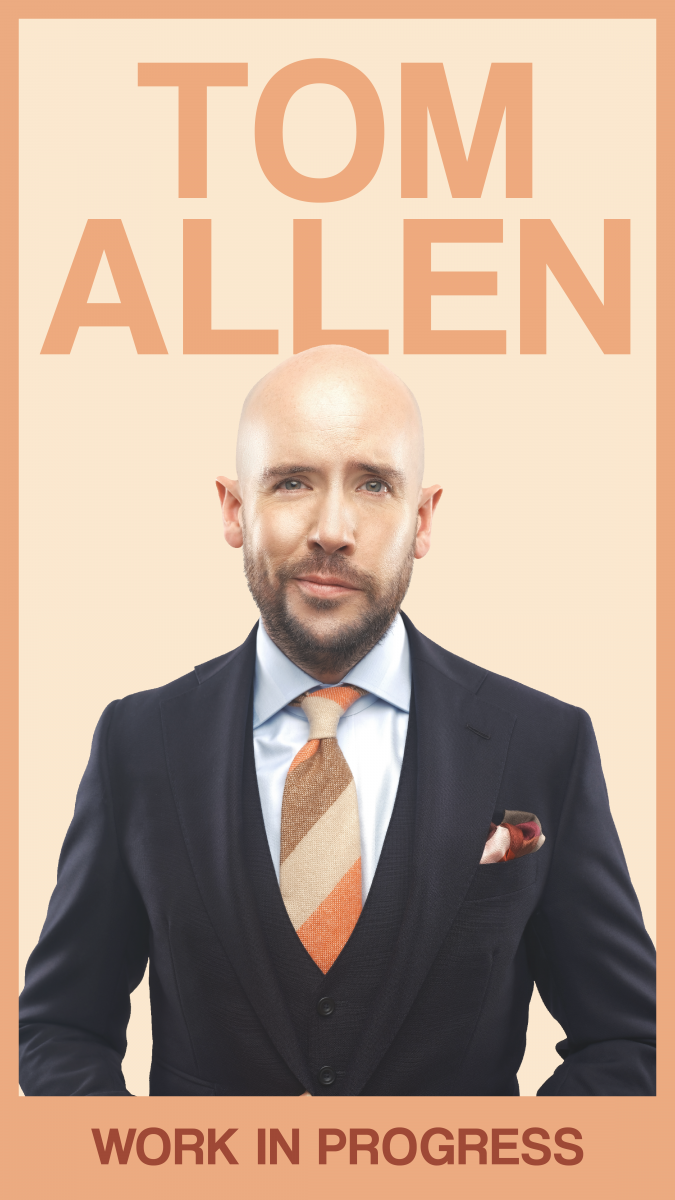 Performance Times: 7.30pm - SOLD OUT (Contact Box Office to be added to a waiting list for returns)