Leda is a middle-aged divorcée devoted to her work as an English teacher and to her two children. When her daughters leave home to be with their father in Canada, Leda anticipates a period of loneliness and longing. Instead, slightly embarrassed by the sensation, she feels liberated, as if her life has become lighter, easier. She decides to take a holiday by the sea, in a small coastal town in southern Italy.

But after a few days of calm and quiet, things take a menacing turn. Leda encounters a family whose brash presence proves unsettling, at times even threatening. When a small, seemingly meaningless event occurs, Leda is overwhelmed by memories of the difficult, unconventional choices she made as a mother and their consequences for herself and her family.

The seemingly serene tale of a woman's pleasant rediscovery of herself soon becomes the story of a ferocious confrontation with an unsettled past. 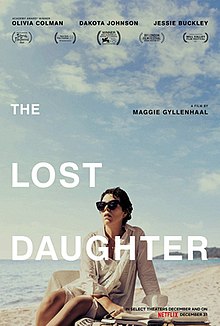