Lightyear revolves around the fictional origin story of the original Buzz Lightyear, the character who inspired the action figure in the Toy Story films. In this film, as he tries to fix the mistake that left him and his crew marooned on a hostile planet, Buzz does his first test flight for Star Command. It doesn't go as expected, as he ends up time travelling 62 years into the future instead and must now find a way to return home. However, when the evil Emperor Zurg threatens the universe's safety along the way, Buzz may be its only hope to save it. 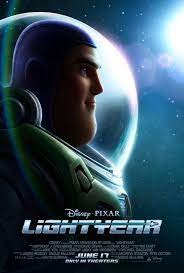 General booking opens - 30th May 11am