BCO play a blistering barrage of traditional folk and gypsy-flavoured music from across the Balkans and Russia, Klezmer laments, Romanian Doinas, Hungarian Czadas and their own unique re-imaginings of some of the biggest tunes ever written by the classical greats.  The Budapest Café Orchestra was established in 2009 by British composer and violinist, Christian Garrick, and led by him have won legions of fans with their magical and infectious performances.

A small, but impeccably formed, orchestra of just four players, the BCO combines violin, guitar, accordion, double bass, saz & balalaika to dazzling effect, creating an awesome aural alchemy normally only characteristic of far bigger ensembles. Two of the country’s celebrated international soloists revel at the heart of proceedings. Accordionist exemplar Eddie Hession is a supreme accordion champion of Great Britain. In his illustrious career he has accompanied Luciano Pavarotti, Placido Domingo, Jose Carreras and Chris Rea.  Christian Garrick is one of the world’s most celebrated jazz violinists. He has played with the likes of Dame Cleo Laine & Sir John Dankworth, Wynton Marsalis, Nigel Kennedy, Bireli Lagrene and Caro Emerald. Another member of the Orchestra is one of Russia's most enigmatic musical exports The Sultan, played expertly by Adrian Zolotuhin, is a master of the strummed strings of domra, balalaika, guitar and saz.  Veteran bass-man Kelly Cantlon has been in the business of laying down the low notes for many-a-moon.  Kelly first found fame in the as a Vagabond with Northern Soul sensations Jimmy James and the Vagabonds.

In summary, BCO are the refreshingly unconventional, snappily attired, boutique orchestre-extraordinaire from Harringay touring extensively across Great Britain and beyond.  BCO re-deliver Balkan and Russian traditional gypsy and folk music in their own fresh and surprising way.   Admired for their artful distillations of the masterpieces by the greats of the Romantic era and evoking vivid images of Tzigane fiddle maestros, Budapest café life and gypsy campfires -  plus a few surprises along the way -  hugely entertaining, immense skill and profound musicianship, a show by the BCO is good enough to make you want to book that holiday down the Danube! 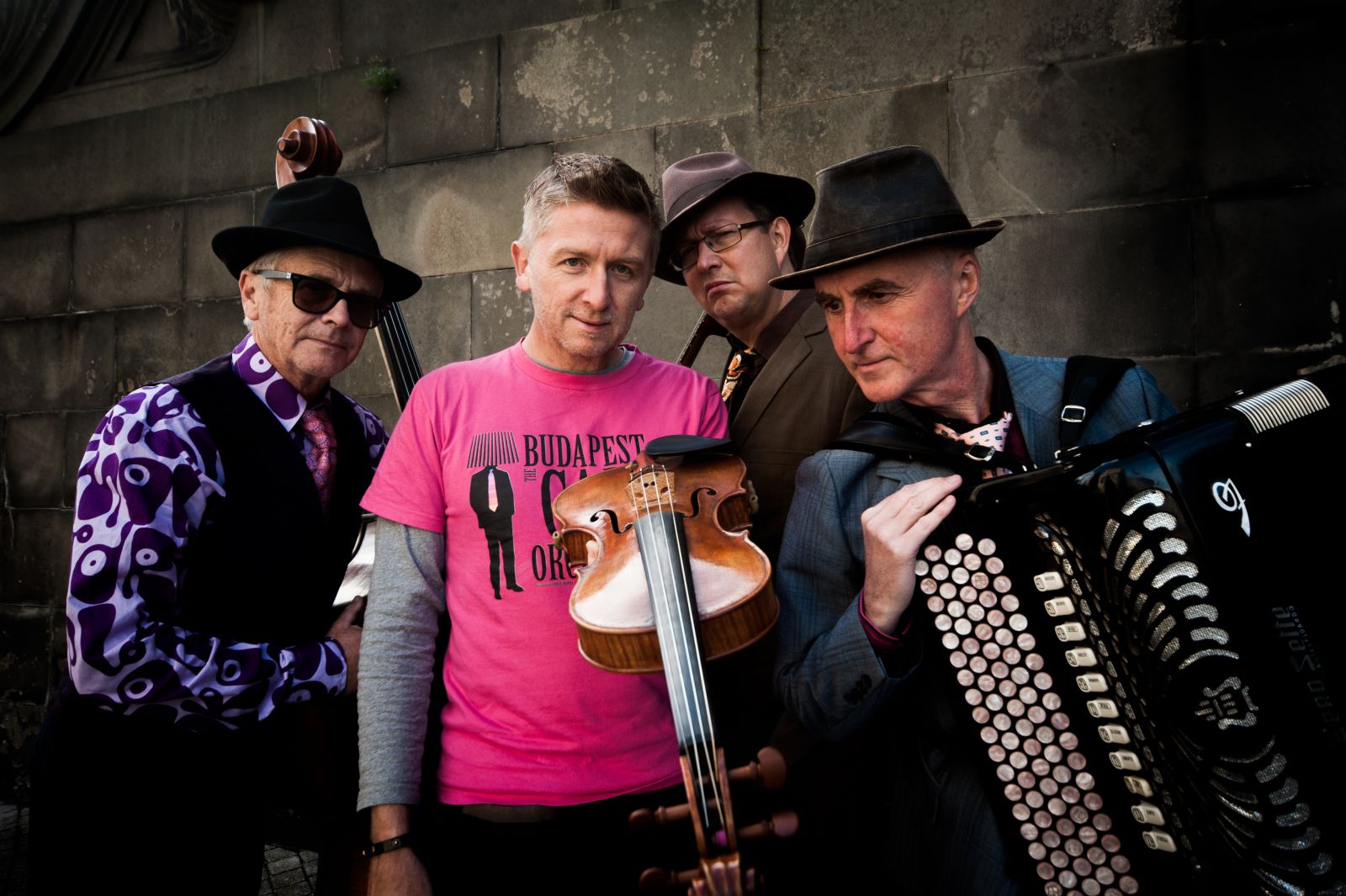