Captured on film by director Andrew Muscato, Murray and Vogler are joined by the dazzling Mira Wang (violin) and dynamic Vanessa Perez (piano). The international quartet enchants the Athenian audience from the 2,000 year old stage of the Odeon of Herodes Atticus with musical reflections on love, hope and heartbreak.

Spanning from Bach to Van Morrison, Whitman to West Side Story, the wildly entertaining, humorous and deeply touching program is infused with the one-of-a-kind charm of Bill Murray. The ‘New Worlds’ project emerged from a chance encounter between Murray and Vogler, who met on a flight from Berlin to New York in 2013, with Murray amused that Vogler’s cello was taking up the window seat. The pair forged a strong friendship founded upon a deep curiosity for each other’s artistic worlds.

This project highlights some of the strongest voices that influenced generations of Americans and gave the world a picture of the charm, energy and creative force of the ‘New World’. The ancient Acropolis is the perfect setting for this night of artistic exploration blending classical music, literature, and quintessential standards – all tied together with the wit, humour, and deadpan sincerity that Golden Globe and BAFTA award-winner Murray is known for. 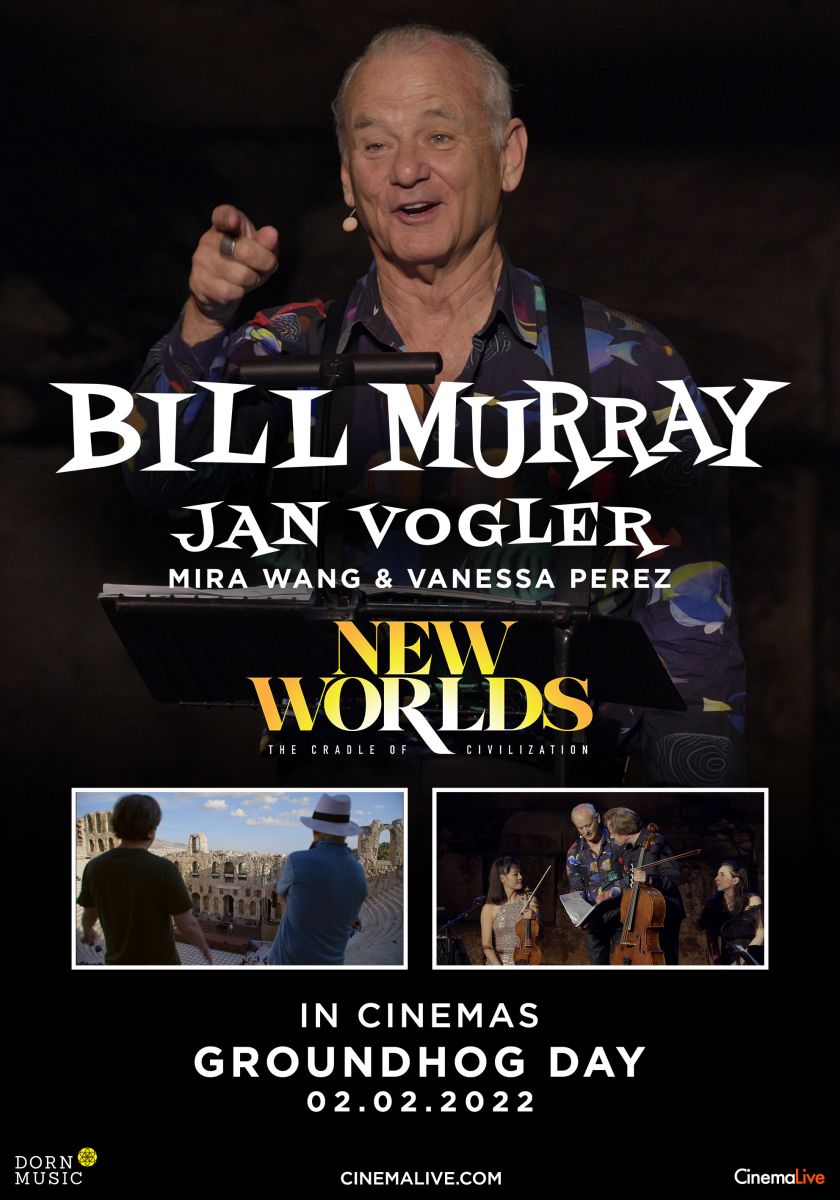